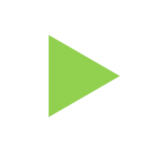 Life is short. Last year taught us that we should live it before it’s too late.

After exclusive trips to Brazil, Thailand, Maldives, and Italy, the Spark Experience invites you to another once-in-a-lifetime event: Mysterious Cartagena 2023. We’ll provide COVID-19 travel insurance while at it, too.

Do you want to be on a nice, sandy beach, sipping on a refreshing drink, in great company, day AND night, and getting an ultimate massage and spa treatment?

Do you want visit Cartagena, Colombia with someone who knows the city, and has connections that will give you experiences that no other traveller to Cartagena enjoys?

Plus: meet and be inspired by 10 other travelers, uniquely selected for this adventure, to make friends for a lifetime and be part of an exclusive group – The Spark Society – that’s forming a tradition of going on further adventures and trips of a lifetime together. Let’s dive in.

Cartagena is a magical place. Everyone visits this town for a reason. Whether is to have fun, recalibrate, get off-radar or enjoy one of those father-son trips, watch the video below to see a sample of how a Spark Experience looks like (we also don’t feature EVERYTHING in it – leave some room for imagination):

Colombia Vacation Packages: Why This Is #1

We’ll be staying at the gorgeous Hotel Almirante located by the beach. Breakfast is also included. Living the good life.

You’ll be picked up at the airport in Cartagena and brought to our hotel, where we’ll be waiting for you with a drink. A ride to the airport on the last day is also set.

A fabulous welcome dinner is included. Just so you can immerse in the culture as soon as you arrive.

You will do this! You can’t experience the flyboarding feeling in too many places. Worth the adrenaline rush.

5. Escape to a Remote Island

We will leave Cartagena for a couple of days and go to a “rustic” island. Beach time, good times, fun. Lodging and breakfast included.

A 5-star treatment at one of our partners in Cartagena. It includes: jacuzzi before the session, a relaxing one-hour massage, champagne, chocolate, and strawberries.

Centro Historico is the hottest place in Cartagena. You’ll see why. We will take you around it in a horse-drawn carriage. Just because you’re royalty for the week. Selfie time.

We will have top-quality people, so why not have a pro photographer to take pictures of us? Time for those Facebook, Instagram or LinkedIn profile pics to have an alternative.

We are happy and proud to provide full COVID-19 travel insurance for the entire trip.

All the participants in this adventure are carefully pre-selected. This is a quality group, with the same values and passions.

As usual in every Spark trip, we will have a little surprise for you. We promise a different trip than any of the other Colombia vacation packages.

Everywhere we will go to in Cartagena for Spark will be taken care of, driving-wise. It will save everyone a lot of stress and money.

✓ Someone who want to escape to a cultured and rustic adventure.

✓ An individual who wants to surprise his/her partner with an incredible birthday or anniversary gift (maybe even a wedding proposal – we’ll get it on camera, too). Whether you’re looking for the best trips for couples or for 50th birthday travel ideas, the Spark will create some magic.

✓ Someone who is willing to get out of their comfort zone.

✓ Someone who is looking for father-son trips, unusual travel destinations or new life changing trips.

✗ A luxury, all-inclusive trip where international flights and all meals and drinks are also included. Your flight to Colombia is your responsibility.

✗ Any of the regular Colombia vacation packages out there. This is not on platforms like TripAdvisor or GetYourGuide. We screen the participants, so you are in good company. 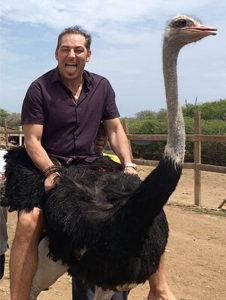 **No, we won’t be riding an ostrich in Colombia. We will go to Curacao for that. 🙂

What else makes this trip one of the best Colombia vacation packages? 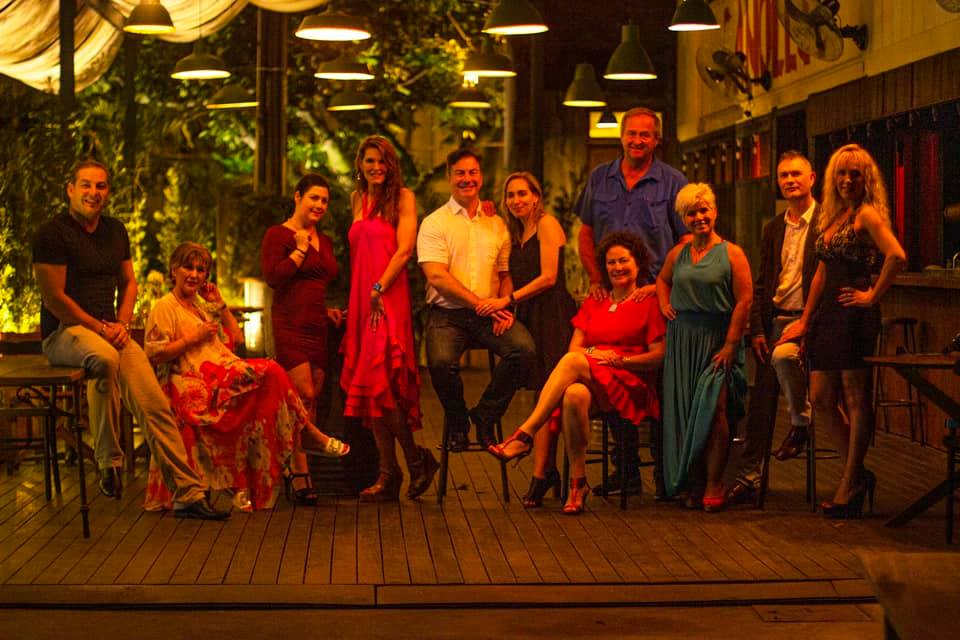 What else is different than the other Colombia vacation packages? The people. Here is the last Spark Experience cohort. Do they look happy? 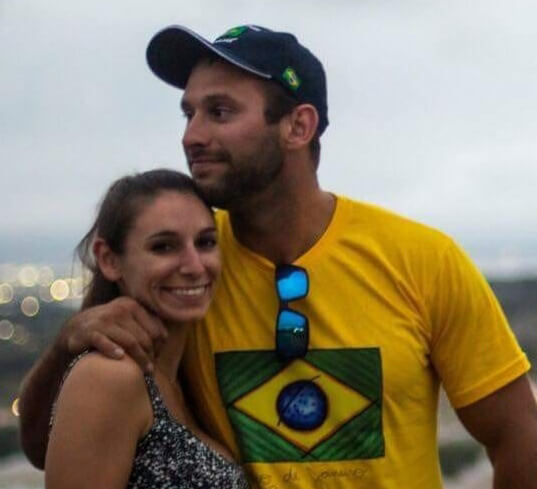 Similar to the Spark Experience participants who join the Maldives, Italy, Transylvania, Argentina & Uruguay or Colombia trips, we are carefully selecting the people that will be coming to Colombia. Hence the application form at the bottom of this page. Here is why.

The people you meet are a meaningful part of a travel experience, especially if you want to turn it into one of those trips of a lifetime. Do you know how sometimes there’s someone in a group who the rest refers to as: ‘that guy’ or ‘that chick’? That’s not going to happen here. After phone interviews, researching social media profiles, and getting references, we’ll put together our travel dream team. You’ll be with people who have life stories to tell and knowledge to share.

We want all 10 participants to leave as best friends at the end of the Colombian adventure. The Spark Experience offers life-changing trips. The idea is to keep in touch forever, become an exclusive community over time, and go on other memorable, bucket list trips together.

Here Is Another Sneak Peek Video of the Cartagena Trip

Your main host will be Sorin Mihailovici, the producer of the Travel by Dart series. One of the best things that happened to him was to be laid off from his 9-5 job. It forced him to find ways to support himself and challenged his entrepreneurial spirit.

Sorin’s breakthrough came after a trip to South Africa that he initially didn’t want to take because he wanted to “wait until he makes more money”. However, his best friend pushed him to go. Although Sorin spent even more money than he anticipated, the African getaway changed his life. It made him realize that life experiences are far more intrinsically valuable than things, it revitalized his mind, sparked his imagination, and inspired him to create the venture that ended up being his bread and butter today. You’re just about to be part of it.

Sorin now has unique travel experiences that generations of families don’t have in a lifetime, from diving the shipwrecks in the Bermuda Triangle to discovering the mystery of the Easter Island heads. He is also known for cruising on pirate ships in Indonesia, exploring the Amazon rainforest jungle, or being invited into J Balvin’s house. For the last few years, Sorin has made sandy beaches his home in Thailand, Curacao, Colombia,  Cuba and Bermuda. Let him share his love of travel, adventure, and Cartagena with you.

More Inspiration For You

If you’re looking for a creative spark, Sorin is an entrepreneur who has been a TV producer, made the State’s “most wanted” list in Romania, acted in movies and commercials, worked as a TV producer and created his own series, Travel by Dart. Sorin is also the founder of the mega-popular Scam Detector, a platform that exposes the world’s most notorious scams, so traveling safe is his priority. Sorin has been featured on Forbes, ABC, BBC, CBS, FOX, Global, CTV, and pretty much all the major media platforms in the world. We really hope to meet you in Cartagena, for an event that doesn’t compare to any of the other Colombia vacation packages. So come with us, and let’s make some real magic together. We are not a travel agency. We are a lifestyle agency.

The reason you’re reading this. 60 countries visited. Over 400 flights taken. If you want to visit Cartagena, Colombia, he is your man.

The amazing partner at Hotel Almirante in Cartagena. We’ll make sure she says ‘hi’ when you are there.

The superhero that will teach you how to flyboard. Entrepreneur to the bone, founder of many businesses.